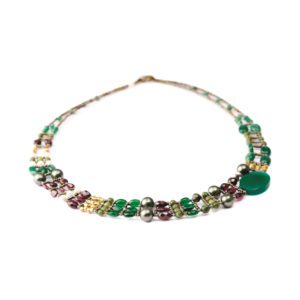 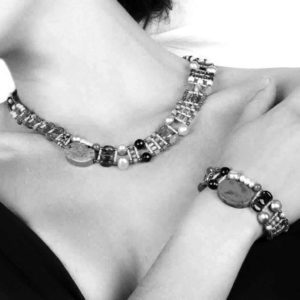 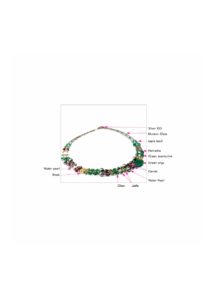 Aventurine is a form of quartz, characterised by its translucency and the presence of platy mineral inclusions that give a shimmering or glistening effect termed aventurescence.

The most common colour of aventurine is green, but it may also be orange, brown, yellow, blue, or gray.

Green Aventurine is the stone of luck and chance. It is said to increase perception and creative insight. It is a heart chakra stone.

Garnets are a group of silicate minerals that have been used since the Bronze Age as gemstones and abrasives.

The Latin adjective granatus, abundant in grains (of granutn, grain, seed). Is applied to pomegranate, fruit of the pomegranate (“pomegranate apple”), whose seeds are red.

Symbolic:
The red garnet (Grenat of Mozambique, Rhodolite garnet) is undoubtedly the best variety of garnet. It can be found in many ancient tales. In Greek mythology for example, it is mentioned in particular in the legend of the abduction of Persephone by Hades. It is also mentioned in Jewish and Muslim traditions where they are always a symbol of light, but also of fidelity and truth.

Canada jade is a nephrite jade that consists of calcium- and magnesium-rich amphibole mineral actinolite.

Jade is an ornamental rock, mostly known for its green varieties, which feature prominently in ancient Asian art. The term jade is applied to two different metamorphic rocks that are composed of different silicate minerals: Nephrite and Jadeite

Nephrite and Jadeite were used from prehistoric periods for hardstone carving. Jadeite has about the same hardness as quartz. Nephrite is slightly softer but tougher (more resistant to breakage) than Jadeite.

With the help of an arrowhead, Cupid had one day cut off the nails (onux) of Venus asleep.

He dropped on the sand these drops of nails, which the Parques metamorphosed into stone. For what comes from a celestial body must not perish.