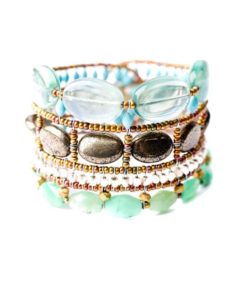 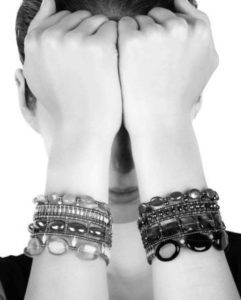 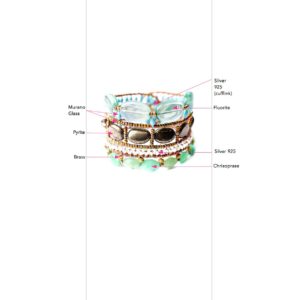 Quartz crystal is a clear variety of quartz that was first found high in the frozen mountains of the Alps. Ancient people believed it was a form of ice crystals that would never melt. It is said to have cooling powers and is a romantic stone. Sources of quartz crystal include Brazil, Madagascar, Switzerland, France and parts of the Soviet Union.

Crystal is a common stone, but a powerful one. It is mainly used in healing as amplification for the energies of the other working stones. In healing, the crystal point is best and the size can be important.
For meditating the crystal ball or point can be used. As it is a powerful stone the user should experiment with each to find what is best for him.
The Quartz Crystal has a similar vibration as humans. This is why using Crystal to meditate and keeping a Crystal helps one to know oneself. It will sometimes not work for a negative person.

Mohs scale of mineral hardness, based on scratch Hardness comparison, defines value 4 as Fluorite.
Many samples of fluorite exhibit fluorescence under ultraviolet light, a property that takes its name from fluorite.

Every color of the rainbow in various shades are represented by fluorite samples, along with white, black, and clear crystals. The most common colors are purple, blue, green, yellow, or colorless. Less common are pink, red, white, brown, and black.

The ancient Egyptians used flourite to carve statues and scarabs, the Chinese have used it in carvings for over 300 years. In the 18th century, fluorite was powdered in water to relieve the symptoms of kidney disease.

Fluorite is said to absorb and neutralize negative vibrations. It makes one more receptive to the vibrations of other stones. Fluorite should be kept in every room of the home. Fluorite is known as the “Genius Stone”.

The mineral pyrite, or iron pyrite, also known as fool’s gold, is an iron sulfide.

Use this stone to overcome lethargy and fatigue. It increases the oxygen supply to the blood and strengthens the circulatory system. It is beneficial for the lungs, alleviating bronchitis and asthma.

Known in Europe at the time of the Crusades, its name would come from “Turkish stone”, because it is in Turkey that the Europeans found it (and this although the mineral was imported from Iran, where it is called “Firouzé”). She gave her name to the turquoise blue colour.

In Hindu spirituality or in lithotherapy it is given many virtues

She is told sacred and healing powers, she soothes the torments of the spirit, calm and reassured, it is a stone with oracles that helps to spiritual communication, alleviate the evils, the Indians of America venerated this wonderful stone that was supposed to drive out the negative and transform it into positive.

Even today some ailments are cured by applying turquoises to the chakras in order to relieve the faith, kidneys and many organs.