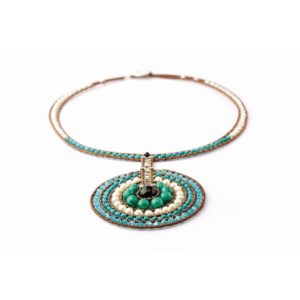 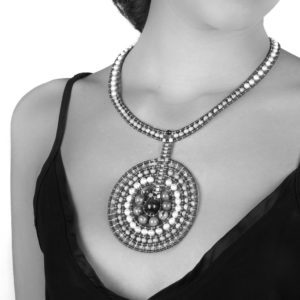 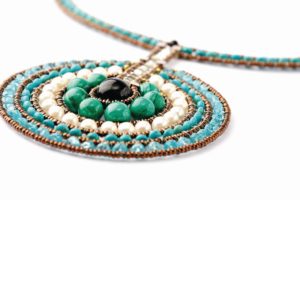 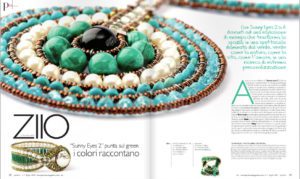 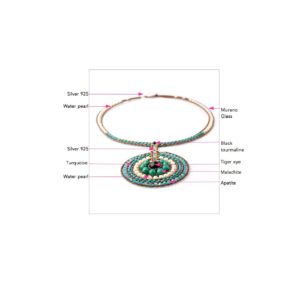 Apatite is a group of phosphate minerals.

Apatite is infrequently used as a gemstone. Transparent stones of clean color have been faceted, and chatoyant specimens have been cabochon-cut. Chatoyant stones are known as cat’s-eye apatite, transparent green stones are known as asparagus stone, and blue stones have been called moroxite. If crystals of rutile have grown in the crystal of apatite, in the right light the cut stone displays a cat’s-eye effect.

Apatite is an inspirational stone. It develops psychic abilities and spiritual attunement. Use it to aid communication and self-expression.

Malachite is always green, usually in banded tones varying from very dark green to a mellow green. Most malachite comes from Zaire, Chile and Australia.

Ancient Egyptians, Greeks and Romans used malachite for jewelry and ground it to use as eye shadow. It is used in amulets to protect against the evil eye. In the Middle Ages it was used to protect children from witches and other dangers.

It is said to protect the wearer from accidents and protects travelers. Malachite has been used to aid success in business and protect against undesirable business associations. It is a stone of balance in relationships.

It is found worldwide including in the Democratic Republic of the Congo; Gabon; Zambia; Namibia; Mexico; Broken Hill, New South Wales; Lyon, France; Timna Valley, Israel; and the Southwestern United States, most notably in Arizona.

Tourmaline is a crystalline boron silicate mineral compounded with elements such as aluminium, iron, magnesium, sodium, lithium, or potassium. Tourmaline is classified as a semi-precious stone and the gemstone comes in a wide variety of colors.

Rub black tourmaline for luck and happiness. This is a powerful stone and a very lucky stone. When the tourmaline is rubbed it becomes charged with magnetic electricity and the luck intensifies.

Gem and specimen tourmaline is mined chiefly in Brazil and Africa. Some placer material suitable for gem use comes from Sri Lanka. In addition to Brazil, tourmaline is mined in Tanzania, Nigeria, Kenya, Madagascar, Mozambique, Namibia, Afghanistan, Pakistan, Sri Lanka, and Malawi.